The 32 Cities across Canada, Mexico and the United States that could serve as Official Host Cities now begin process of finalizing hosting documents.

NEW YORK (October 4, 2017) – The United Bid Committee announced today the 32 cities across North America that could serve as Official Host Cities for the 2026 FIFA World Cup™. The 32 potential host cities include four cities in Canada, three in Mexico and 25 cities in the United States. The full list of cities is included below. The United Bid Committee also confirmed it will continue engaging with non-host cities in the further development of the united hosting concept.

"As we move to the next stage of the bid process, we’re even more confident we have everything needed to deliver the largest, most compelling FIFA World Cup™ in history and help accelerate the growth of soccer across North America and around the world,” said United Bid Chairman Sunil Gulati. “We have more than double the number of cities required to stage matches in 2026. We have a vision for growing the game and engaging fans as never before. Our biggest challenge will be finding ways to honor the enthusiasm of all the people across Canada, Mexico and the United States through the development of our united hosting concept.”

Maryland's Lt. Governor Boyd Rutherford, stated, “Today’s announcement is great news for Baltimore and Maryland, for M&T Bank Stadium, and for soccer fans across the region, like myself. Governor Hogan and I would like to thank the hardworking team at the Maryland Stadium Authority and Maryland Sports Commission, as well as and our strategic partners in Baltimore and throughout the region, for their efforts to showcase our world-class, Stateowned venue and remarkable destination. We look forward to the next phase of the process and our expanded relationship with the United Bid Committee."

During the next stage of the bid process, the United Bid Committee will integrate the 32 potential host cities into the united bid strategy and vision, as well as work with local officials to finalize the hosting documents required by FIFA. Representatives from the 32 potential host cities will travel to Houston, TX during the week of November 13th for a working session with the United Bid Committee team.

“We received applications from 41 cities across Canada, Mexico and the United States and narrowed the list down after a comprehensive review of each of the communities and facilities. The 32 cities that we have identified as potential host cities, on their own and together, are prepared to welcome soccer fans from around the world. They are more than capable of helping fulfill the shared vision and ambition of FIFA, and the United Bid in shaping the future of soccer in North America,” said John Kristick, Executive Director of the United Bid Committee. “While not every city will move forward as a potential host city, we were so impressed by all the applicants that we will continue to engage with all the cities as part of our hosting strategy and we will welcome the opportunity to work with FIFA to further expand our hosting concept to ensure the broadest possible impact for this spectacular event.”

The Official Host City selection process takes into account various factors such as city profile, stadium and support facilities (training sites, hotels) and services (e.g., transportation). The United Bid Committee also looked at ways each city could contribute to a united hosting strategy for the 2026 FIFA World Cup™ including their contribution to the sport's development and the United Bid’s vision – not only during the tournament, but in the eight-year build up and the social, economic, and environmental legacy. Each of the 32 potential host cities features existing or already planned stadiums and other world-class infrastructure, meeting or exceeding the requirements outlined by FIFA. Additionally, the potential host cities reflect the vast geographic and cultural diversity of North America and share a commitment to using the once-in-a generation opportunity of hosting the FIFA World Cup™ to welcome, entertain, inspire and empower the next generation of players and fans as never before.

The United Bid Committee will also continue engaging with the nine cities that are not advancing to the next stage of the candidate host city process. Those cities, along with others, are being considered as possible locations for Team Base Camps or other competition-related events leading up to the 2026 FIFA World Cup™. Further, if entrusted with the 2026 FIFA World Cup™, the United Bid Committee plans to work closely with FIFA to explore ways to extend the plans for fan engagement to include all communities across the three host countries – and is already encouraging business and civic leaders, fans, and others to contribute their new and innovative ideas to be integrated into the United Bid’s hosting concept.

Executive Director for Maryland Sports, Terry Hasseltine stated, “It is truly an honor to be named one of the destination and venues moving on in the United Bid Committee’s process to bring the 2026 FIFA World Cup™ to North America. Our team and partners put a lot of effort and hard work into this RFI process and we look forward to the next phase of the effort. This is a big win for Baltimore, M&T Bank Stadium and Maryland however our work has only truly just begun. We know we have a tremendous destination and world class venue. We look forward to showcasing it to the world.”

About Maryland Sports
Maryland Sports, the Sports Commission for the State of Maryland, enhances Maryland's economy, image and quality of life through the attraction, retention and development of regional, national and international sporting events.

About Maryland Stadium Authority
The Maryland Stadium Authority's missions is to plan, finance, build and manage sports and entertainment facilities in Maryland; to provide enjoyment, enrichment, education and business opportunities for citizens; and to develop partnerships with local governments, universities, private enterprise and the community. 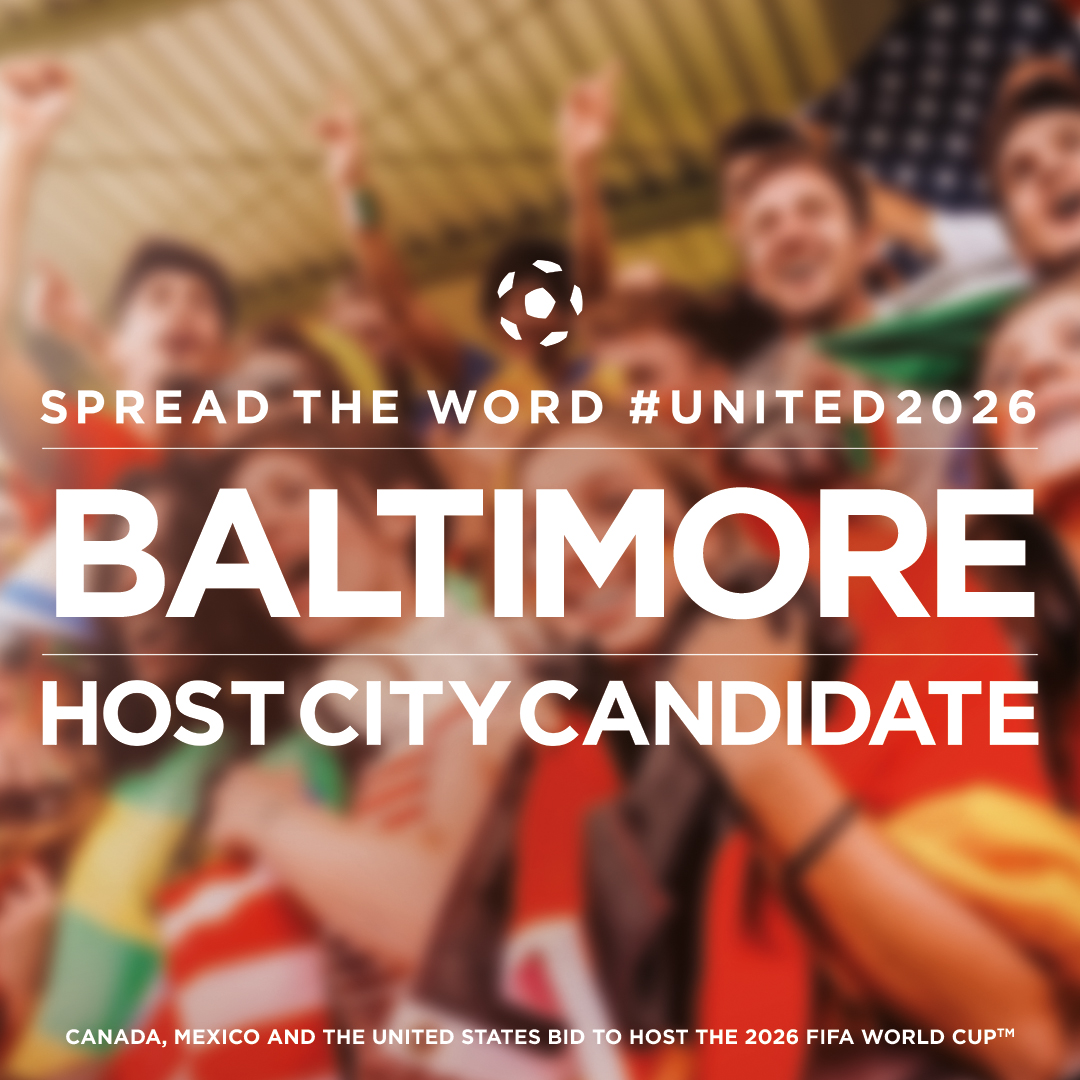